Why Singapore is #1 In Economic Freedom

Singapore (SG) has long been hailed as a model of economic success. Thanks to its low taxes, business-friendly regulations, and commitment to free trade, the city-state has consistently ranked among the world’s most competitive economies.

Singapore (SG) has long been hailed as a model of economic success. Thanks to its low taxes, business-friendly regulations, and commitment to free trade, the city-state has consistently ranked among the world’s most competitive economies. SG’s GDP per capita is now nearly three times that of the United States, and its economy is expected to continue growing at a healthy clip in the years ahead.

While SG’s high level of economic freedom is often cited as a key driver of its success, critics point out that the city-state’s government exercises a great deal of control over the economy. SG’s leaders have defended their policies, arguing that they are necessary to maintain the country’s competitiveness. SG is consistently ranked as one of the world’s most free economies. Currently, according to the 2022 Heritage.org Index of Economic freedom the country ranks #1 in the world.

So, what makes Singapore so economically free?

For starters, SG has no foreign debt and a very low tax burden. The corporate tax rate is only 17%, and the top marginal income tax rate is only 22%. There are also no capital gains taxes or estate taxes. The country has never failed to embrace globalization, free market capitalism, education, and pragmatic promises making it a leader in global commerce.

The country also boasts the second-largest foreign reserves, amounting to over $1 trillion USD. SG’s economic freedom score is at a high of 84.4. Its overall score has increased by 1.3 in just the past 2 years, giving it the #1 position as of 2022.

Impressively, this successful economy comes from a country with no natural resources. SG also has a very simple and efficient regulatory environment. Starting a business takes an average of only 2 days, and the process is very straightforward. Getting a construction permit takes an average of just 26 days. SG also ranks highly in property rights and investor protection.

The Gross Domestic Product of the country stands at 340 Billion USD. The 5-year annual growth is 1.5% capital with a per capita income of $97,057, making it the 4th highest per capita income in the world. Being the United States’ 15th most largest Trading Partner, SG also has a very open economy. It is one of the world’s top exporters of goods and services, with the highest foreign investments.

The SG economy grew by 3.7 percent on a year-on-year basis in the first quarter of this year, moderating from the 6.1 percent expansion in the previous quarter. On a quarter-on-quarter seasonally-adjusted basis, the economy expanded by 0.7 percent, slower than the 2.3 percent growth in the fourth quarter of 2021 according to the Ministry of Trade (SG). The SG economy is forecast to grow by 3.5% in 2022, according to the latest report by the Economic Development Board (EDB).

This is in line with the government’s target of achieving a sustainable economic growth of 3-5% per year. The EDB attributes the projected growth to strong global demand for SG’s exports, as well as continued domestic spending. Investment in research and development is also expected to contribute to the economy’s expansion. These factors will offset any negative impact from the ongoing trade dispute between the United States and China. Overall, the outlook for the SG economy is positive, and the country is well-positioned to continue its tradition of strong economic growth in the years ahead.

SG is a popular destination for business investment, due in part to its favorable tax regime and pro-business policies. However, the country does have some limitations on foreign ownership, particularly in certain sectors such as banking, media, and healthcare. In addition, there are caps on how much foreign ownership is allowed in the country’s businesses. These restrictions are meant to safeguard the country’s economy and ensure that businesses maintain a majority stake.

SG only allows foreign ownership of up to 49% in most industries, and 100% foreign ownership is only allowed in a few specific cases. In addition, SG imposes strict controls on the sale of property to foreigners. However, the Judicial government is still very reliable, as it ranks #4 with a score of 84 on Transparency International’s 2021 Corruption Perception Index, making the anti-corruption agency extremely effective in lowering corruption.

The Singaporean economy is built on the principle of free and fair competition, and this is reflected in its strong FDI inflows. In recent years, SG has consistently ranked among the top destinations for foreign direct investment, with an FDI inflow of $90.6 Billion USD. This favorable investment climate is due in large part to the Singaporean government’s commitment to providing a level playing field for all investors, regardless of nationality. As of 2019, Singapore had 14 preferential trade agreements (PTAs) in force.

These PTAs cover a range of issues such as customs procedures, market access for goods and services, investment, intellectual property, and dispute settlement. The trade-weighted average tariff rate for SG is 0.0 percent, and there are 182 non-tariff measures (NTMs) in effect. NTMs are broadly defined as any measures other than tariffs that can potentially have an impact on trade flows. They include import and export licensing requirements, quotas, sanitary and phytosanitary measures, technical barriers to trade, and local content requirements. Taken together, PTAs and NTMs provide a framework within which SG can pursue its economic objectives while ensuring a level playing field for all traders.

All of these factors combine to make SG an excellent place to do business. SG’s economic success is a model for other countries to follow. The country has proven that it is possible to have a thriving economy while also respecting individual rights and freedoms. As SG looks to the future, it will need to strike a balance between maintaining its status as an attractive destination for business and ensuring that its citizens enjoy a high standard of living. With its commitment to free trade and open markets, SG is well-positioned to continue its economic success in the years ahead.

NextHow to Open a Company in Singapore: new 2023 guideNext 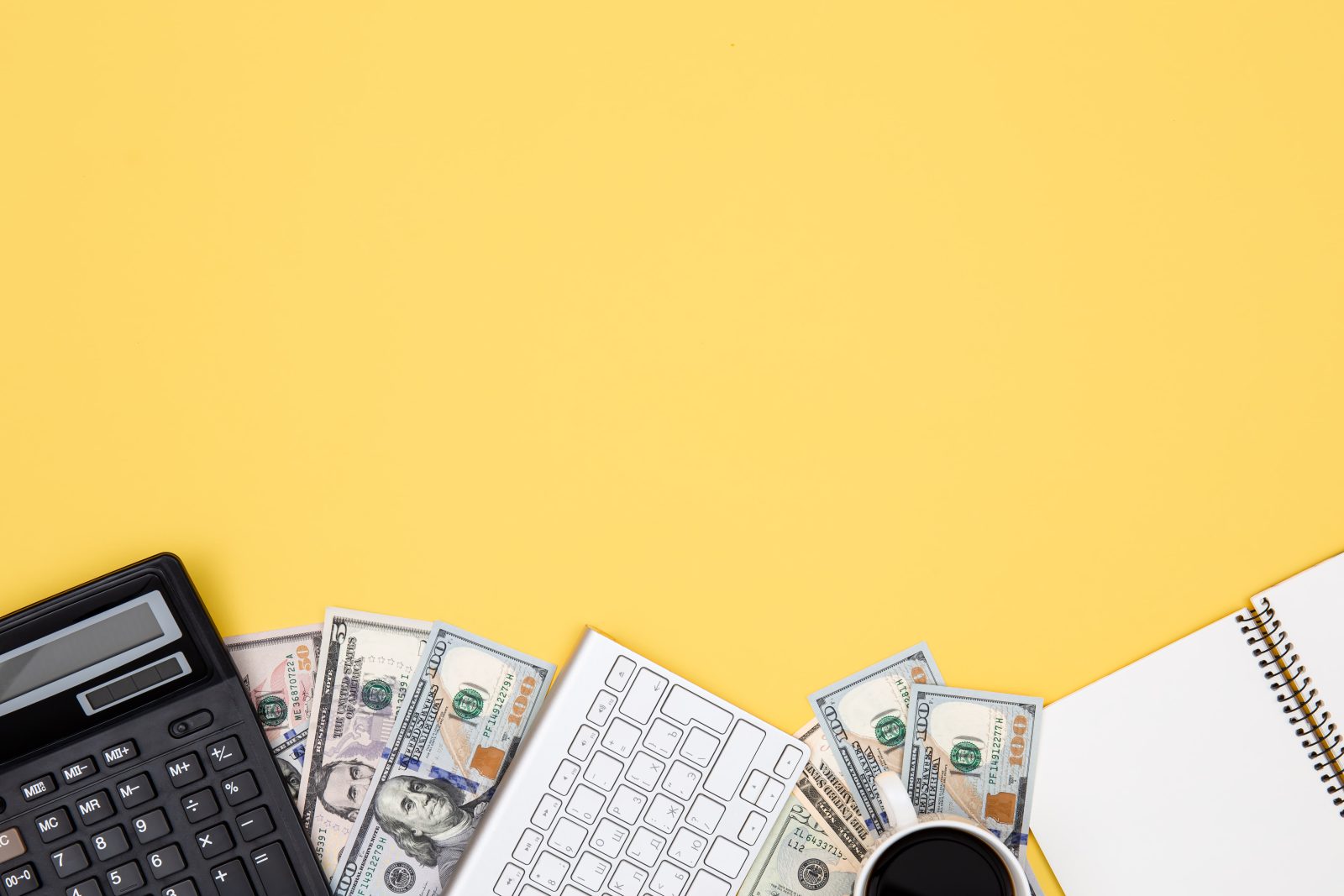 Everything you need to know on Singapore Tax System here! One of the most efficient and modern taxation systems in Southeast Asia. 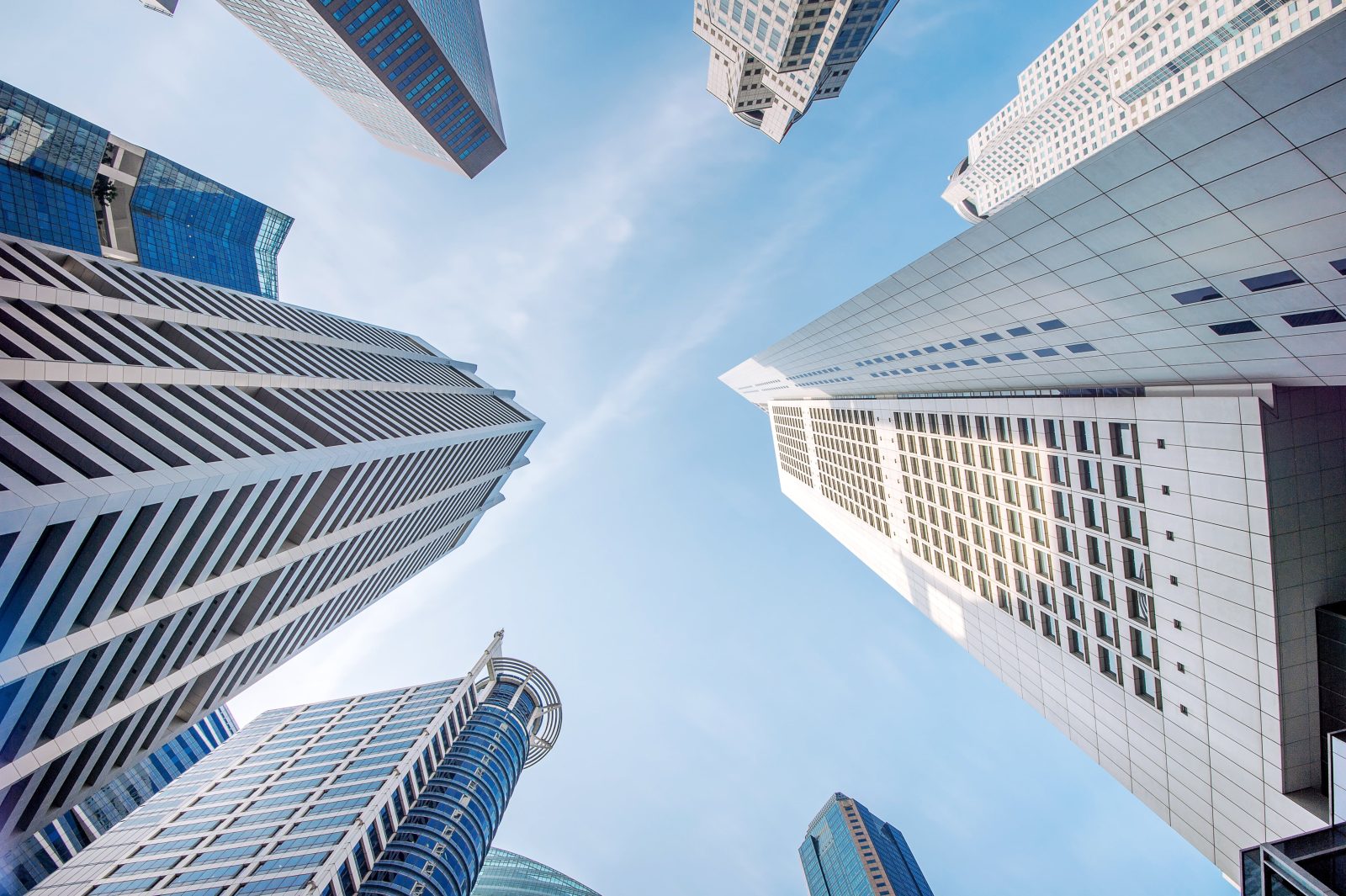 Singapore Banks for Foreigners: The Ultimate Guide to Finding the Perfect Bank in 2023

Whether you're a business owner, a student, or a professional, this Ultimate Guide will help you navigate the Singapore banking scene and find the perfect bank to meet your needs.

Start a Business in Singapore: PROs and CONs in 2023

For many companies looking to expand their operations internationally, Singapore is a top choice. But before you make the move into this dynamic country, it’s important to know what differentiates Singapore from other business friendly countries around the world – both advantages and disadvantages. 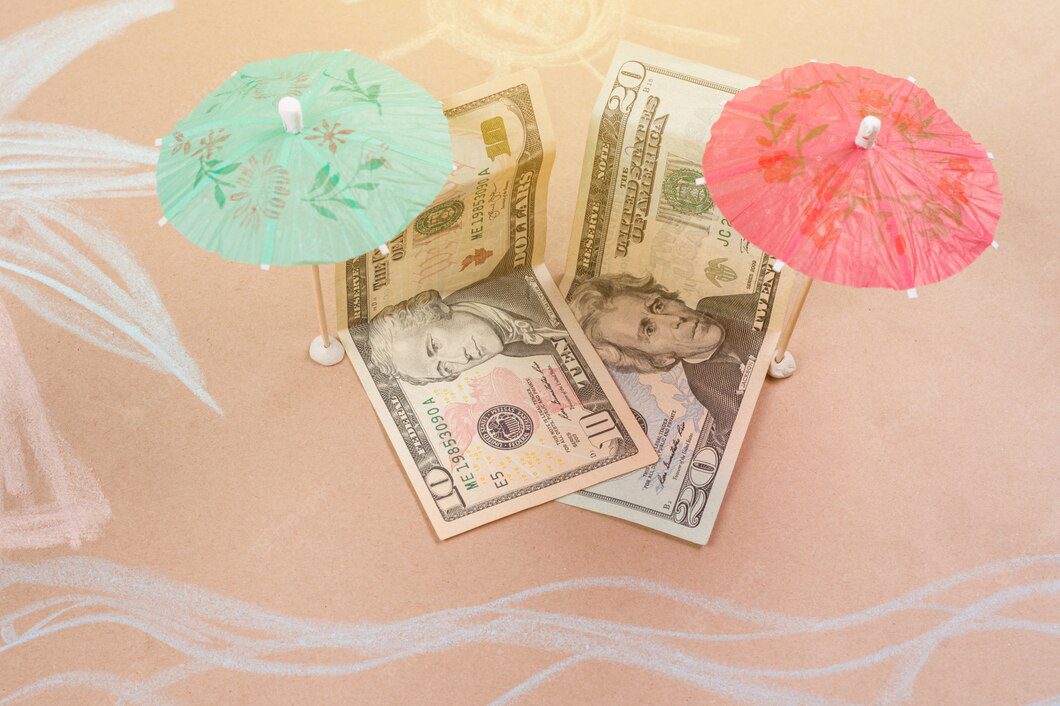 As the world of banking continues to evolve, more and more people are looking for the best offshore bank accounts that can provide higher returns, better customer service, and increased security. 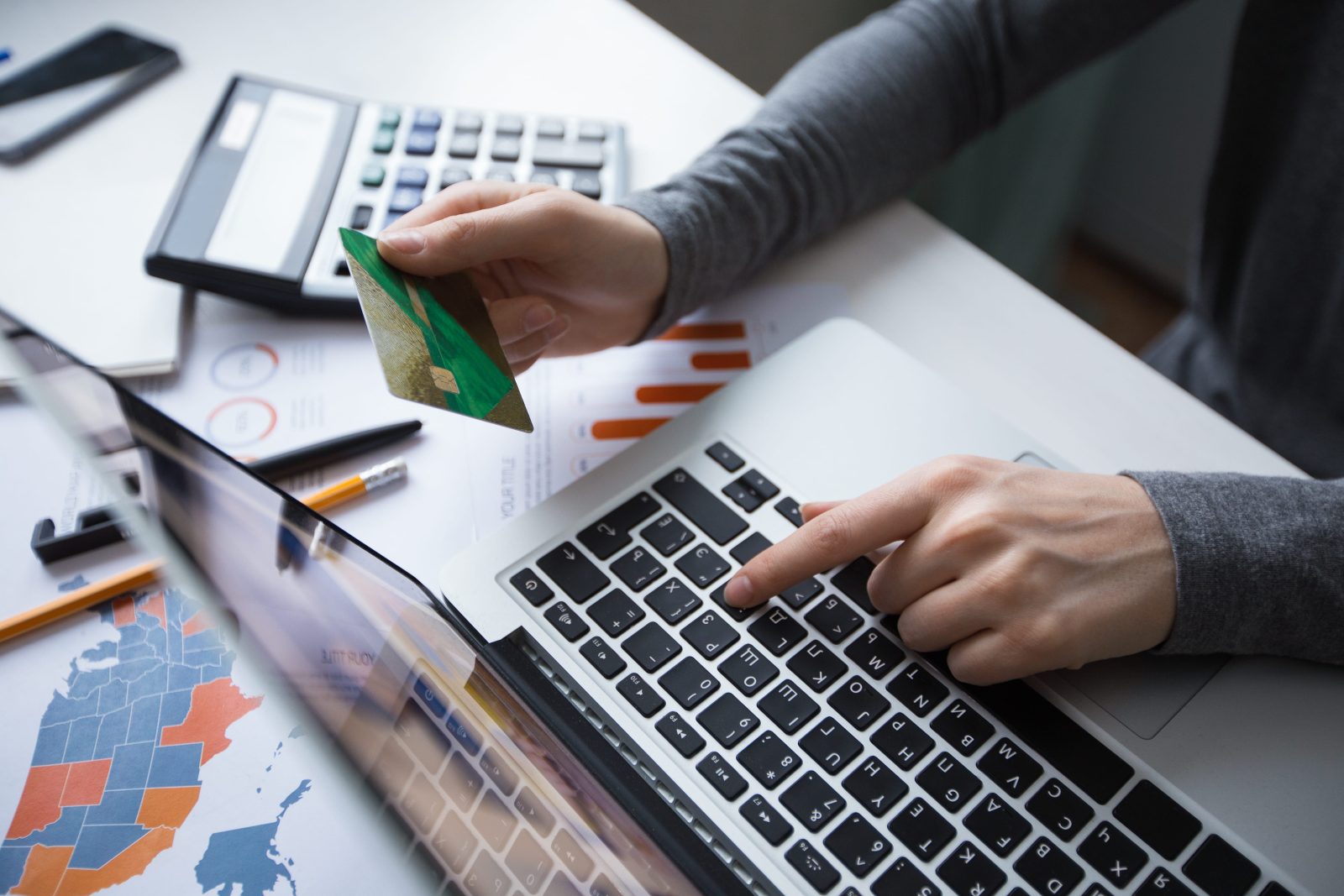 How to Open a Bank account in Hong Kong: new 2023 Guide

Setting up a bank account is an important step for anyone looking to reside or do business in the Hong Kong. It offers an efficient way to manage financial transactions and can be beneficial for developing lasting relationships with local banks. 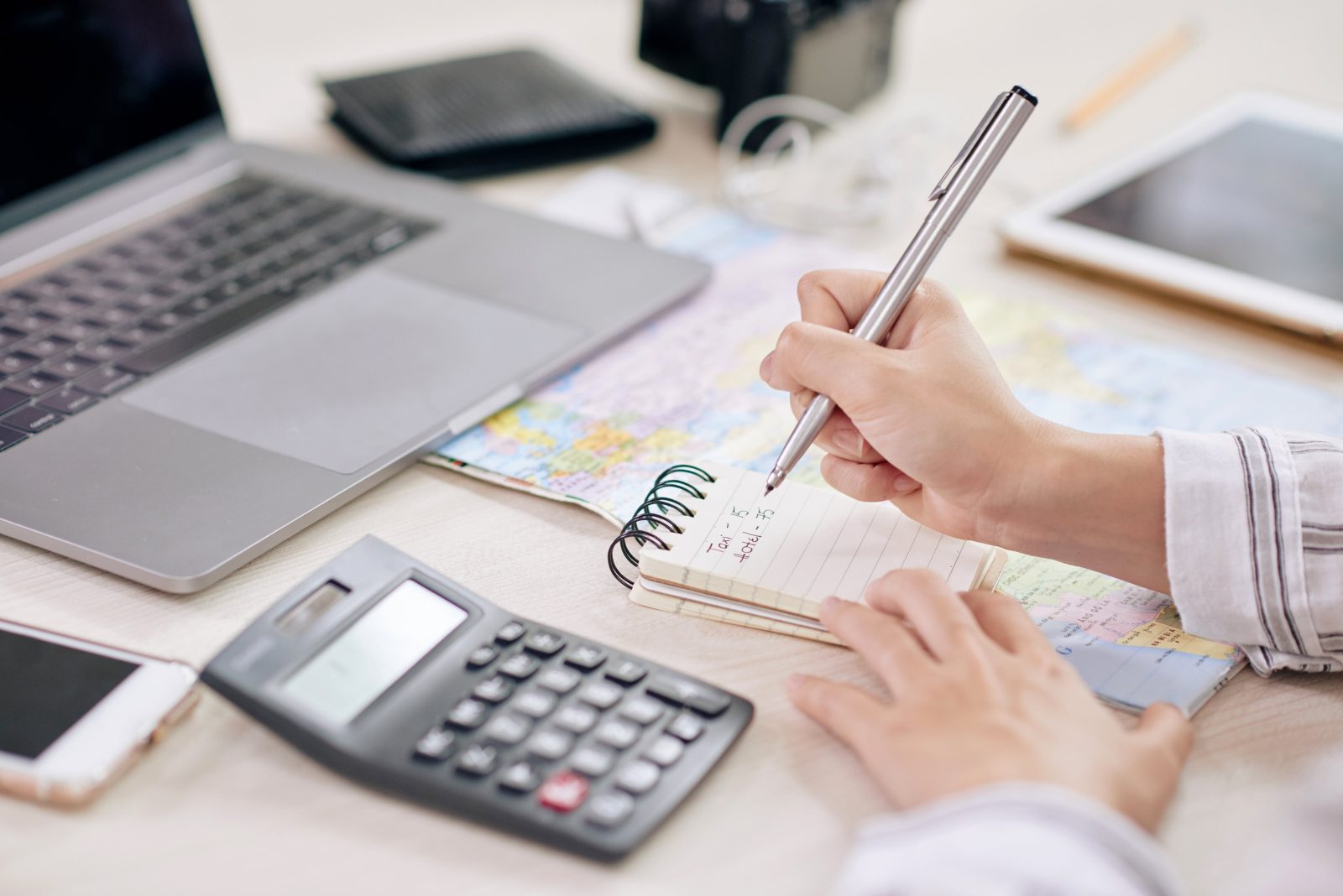 The Goods and Services Tax (GST) is a value-added tax levied on most goods and services sold in Singapore. Recently, the Government of Singapore released their scheme to gradually raise the goods and services tax rate from 7% to 8%, beginning January 1, 2023.

Contact us by filling in the form to talk to our experts and get a free consultation and quote for our services.